Milos nursery as an educational destination

To transform a two decades-long land reclamation and environment rehabilitation institution, such as the plant nursery of Imerys on Milos, into a dynamic educational destination for the schools of the local society of the island.

The nursery itself has an over 20-years activity in rehabilitation methods and know-how. With a “pre-history” of almost a decade, a firm organizational planning of the Milos Plant Nursery educational activities started at the beginning of 2016.

The life of Imerys’ plant nursery on Milos counts already almost 2 decades of innovative environment rehabilitation and biodiversity methods as well as educational activities targeting the local community’s schools, while at the same time offering its valuable know-how to other islands of the Cyclades island complex when asked.

Although an activity dating back to years earlier than 2010, in 2016 the idea was put forward to organize the plant nursery’s educational activities establishing a framework of pupils’ and students’ visits to the actual site of the nursery and of enlightening seminars and talks also “in situ” or at the company’s premises on the island. This educational program is built on the “backbone” of the nursery’s various traditional social contribution activities, such as tree-plantings, or other reclaiming practices, such as maintaining or elaborating already existing rehabilitation works. Within this context several such educational activities have so far taken place while the program comprises many more throughout the year.

In 1994 the plant nursery started the reproduction of local and endemic Milos plant species with the goal to use them in its mines’ rehabilitation works on the island. Thus, it became quite early the “nucleus” of the Company’s biodiversity policy, and was very often called to offer its valuable know-how to other Cyclades islands and areas of Attica, too. On top of that, the plant nursery became very soon a place of environmental education for both the primary and secondary schools of Milos and Kimolos. As of 2015 an educational program was organized with the goal to introduce the children of Milos into the wonderful world of plants and biodiversity and to make them understand the connection mechanisms between the plant species and the environment of the island (its climate and soil conditions).

Therefore, special “lessons” were organized addressed to the children of the elementary, primary and secondary schools of Milos. Within the framework of the aforementioned educational activities, a thorough reference is also being made to the Company’s mine rehabilitation methods adapted to the island’s specific climate conditions and to its biodiversity policy. The educational program is directly interwoven with other social activities, such as tree plantings of local tree species, or restoring rare plants in their natural ecosystems (i.e. Sea Lily, etc.) with the cooperation of various social bodies active in environmental issues.

The plant nursery’s educational program is being carried out with the Milos Mining Museum’s cooperation and in consultation with the island’s school community and local educational authorities.

Two Imerys employees dedicated some 100 working hours over the year to the organization of the program as well as its application at the Milos plant nursery. In the design, supervision and implementation of this new activity Milos Rehabilitation Department is involved.

Benefits for the company include:

Contribution to biodiversity through the rehabilitation of Milos mines

Endemic, rare, and endangered plant species of Milos – Saving the lost treasure of the island

Pancratium maritimum – An ancient plant returns to the beaches of Milos

Pandemic response plan - Protection of Workers and the Local Community

Relocation of an ancient structure in Milos - Mining goes hand in hand with cultural heritage.

Scents and Colors from the Rehabilitated Mines of Milos

Supply Chain: Involving Our Suppliers in Our Long-Term Commitments

Send us your feedback Print 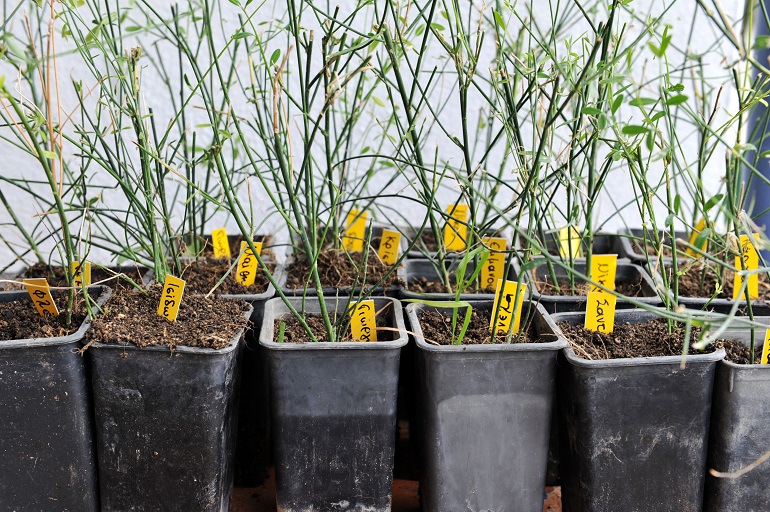 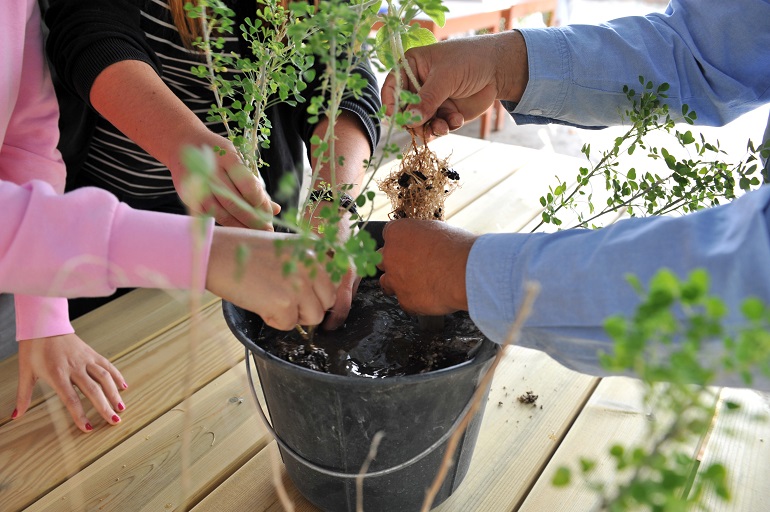